ALMANDINE - SYMBOL OF CLARITY and PASSION 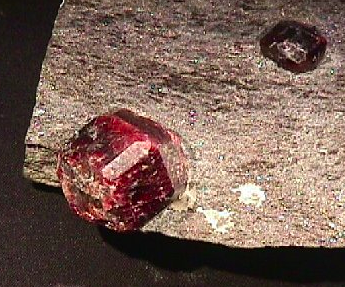 Almandine was how the ancient people called the modern-day ruby. In modern times, it is the preferred material for garnet in jewelry.

This luminescent precious stone is of a deep, almost purplish red hue, and is said to glow when placed in the dark.

Often found in nature in clusters of polygonal crystals, almandine has come to symbolize light and insight amidst chaos and confusion. It is also a symbol for the deepest and strongest desires and passions of the heart.

In the Chinese zodiac, almandine bestows luck for those born in the years of the Snake and Horse. 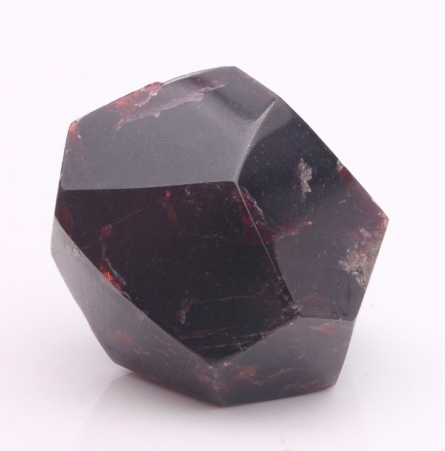 AMPLIFIES the study of Mathematics, Astronomy and Astrology

Thousands of years ago, the almandine was sculpted to become the eyes of venerated statues.

The precious stones were chosen to represent strength of will and unbiased judgment based on true clarity. The almandine eyes were also said to represent the fire of life within humans, as well as vitality of the spirit.

Almandine has also been used in hallowed places, particularly along darkened halls to light the path. It has also come to signify guidance and fortitude. It also has the power to uncover hidden animosity and evil schemes for those who faithfully keep the stone in their person.

TRIVIA: Almandine was detected on the skin of the uncovered Neolithic Man or the tattooed Otzi the Iceman, who lived some 3,200 years before the Common Era. Otzi, whose tattoos corresponded perfectly with the established Chinese acupuncture points, might have been a physician (or a chronically sick patient) who fashioned needles out of almandine to cure his patients, or simply himself!

Although many claim the stone's power is more accessible by men, the crystal's strengthening power and symbolism seem to benefit women and children as well. Women today still use the Almandine to increase fertility and is said to enhance their youth and beauty. In children, almandine helps to preserve their energy and keep colds and fever at bay.

Use the almandine when you need light during low moments in life, and if you are having a hard time banishing fear, doubt, indecision and weakness of will. This dark ruby crystal will also strengthen your determination in achieving a difficult goal and bring out your true, hidden passions to the fore!

To know more about the geological properties of the almandine, check this out.