What is Androgyny? Who or What is the Androgyne?

It is the state of being an androgyne, the term used to refer to the fused woman and man in a single body.

As a symbol, the androgyne is for me both romantic and otherworldly. Romantic because this half-woman/half man is symbolic of twin souls who parted and reunited. We fall in love and instinctively seek out that one perfect mate to be with for life. And otherworldly because our search for that mate is really an echo of a bigger, cosmic goal of uniting with the universe, God, the Tao, or whatever you call that great something from whence we came and to which we will return someday.

The idea of oneness, completeness, the unity of the physical and spiritual, of totally opposite worlds, is the main message of androgyny as an alchemical symbol. 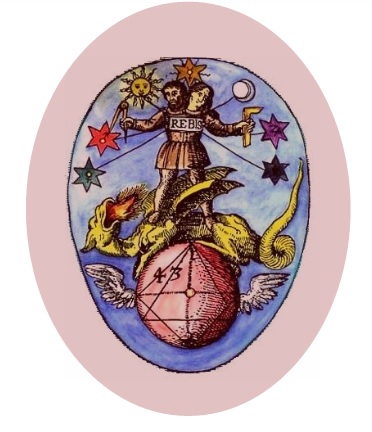 Communion of Spirit and Matter

Freedom from the world's duality

The reclaiming of Paradise

Fusion of activity with receptivity

Recombination of the primordial male-female forces

The original oneness of the all-Father and the all-Mother

The Hermetic or Alchemical Androgyne

In alchemy, androgyny is a symbol of immortality, transcendence and totality. It is the triumph over the deceptive duality resulting from the creation of the universe. It also stands for the merging of the selves, the triumph over mind and ego, and the accord between sameness and diversity, particularly duality.

The alchemists’ Matter was said to need nothing else but itself to produce a Royal Child. Androgyny was allegedly caused by the mating of the mountains, which are Mercury or Hermes, and Venus or Aphrodite.

Matter is a combination of Salt, Mercury and Sulphur, or the fixed and the volatile. This material is their Azoth, which together with Fire are the only components that the Artist required. The Azoth or universal medicine was among the greatest aspirations of the alchemists. They also called it the spiritual nature of Mercury.

The androgyne possessed female grace, male force and the two sexes’ other distinct qualities. The Hermetic chemists also asserted that we can find the androgyne where elements are present in any part of the earth. 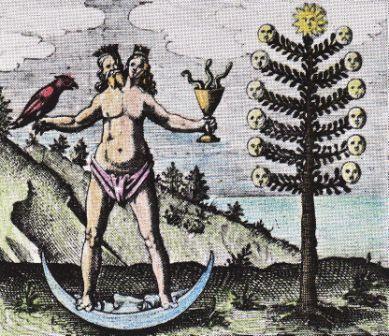 The unified King and Queen from the alchemical Philosophia Reformata (1622) by Johann Daniel Mylius.

In alchemy the Great Work is producing the perfect androgyne, or mankind restored to wholeness.

The primordial Two-in-One represented the Great Work or the ultimate goal of alchemy: to achieve balance in oneness and triumph over the fragmental illusion of the world. Androgyny is also the achievement of the Philosopher’s Stone.

In western alchemy, the filius philosophorum symbolized the separated consciousness that the alchemist wanted to take back from the physical world. The part-man/part-woman also signified the end of restlessness because the alchemist has finally accomplished the Great Work.

In some alchemical illustrations, the androgyne is labeled Rebis or Res Bina, which meant two-thing or double-thing. It is also called Hermaphrodite or Androgyne of the Wise, which is conceived from the coupling of the male Sulphur and the female Mercury elements. These two opposite yet complementary elements went into the mercurial Bath and produced the male and female in a single body. 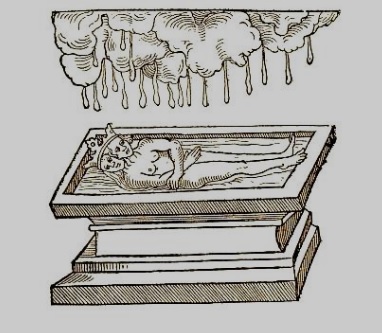 The balanced man and woman in one is a symbol of the Original Man. Many cultures have illustrated an androgyne with both male and female sex organs. In alchemy, we have both the sexual and desexualized versions, although both with the two-faced head or two separate heads, a female and a male, or the crowned king and queen.

The alchemist called the male side Jakin and the female side Bohas. Jakin is red and represented by sulphur, with fixity as its main characteristic. Bohas is white, represented by mercury, and attributed with volatility.

Ultimately, androgyny is not only the perfect combination of two opposites but the balance of these two in unity.

The yin-yang symbol is an androgynous symbol. It is called the taiji-tu in Taoist alchemy and it shows the perfect fusion of duality, or the complementary combination of all opposites with and into one another. The androgyne is symbolic of the persistent driving force to attain balance and harmony.

Lao Tzu has written that a person can achieve purity if he or she can acknowledge both feminine and masculine dualities and reconcile them. One must gain wisdom of masculinity and hold on to femininity to represent the ideal Man and Woman as One. According to ancient Chinese texts, male philosophers such as Zhuang Zhi have embraced a way of life described as Yin or passive in order to balance their Yang qualities and live as a Daoist androgyne. 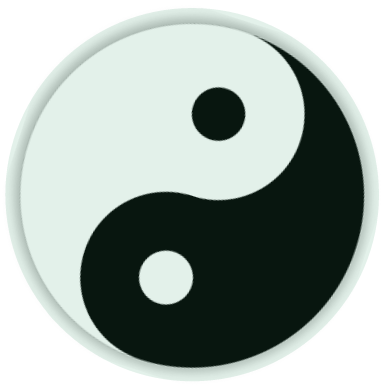 In Chinese alchemy, the unified Male-Female is seen standing on a dragon’s brow. In this instance, the dragon is a Chinese symbol for the forces of nature, and the androgyne signifies the triumph over the duality of the world. The Chinese culture in general is receptive to the idea of androgyny, as seen in their admiration for Hua Mulan, a legendary woman who embraced the duties of a man and served in cognito as a soldier and general in long-ago China.

Other androgynous symbolisms in ancient history include

One might envision many things at the mention of the words androgyne, androgyny or androgynous. This may include a woman with masculine features or vice versa, a cross-dresser or a homosexual. And yet the origin of the alchemical or Hermetic Androgyne or Hermaphrodite is far from just skin deep or sexual. It is not just about being man and woman at the same time. It is about being whole, containing both a whole man and a whole woman in equal proportions.

We must remember that an androgyne is not a literal symbol. It does not represent a bisexual, a homosexual, or the contradictory emotions, preferences or feelings that one has. The androgyne is a spiritual symbol pointing to the cosmic truth or principle of divine wholeness. It does not reflect the actual merging of human sexualities, the preference of one gender, or the presence or combination of one gender in the other.

Symbolcasting for the Alchemical Androgyne

Stuck in a project? Suffering from indecision?

As with most harmony symbols, you can use the hermaphrodite or androgyne when you are experiencing a block, confusion or conflict. This symbol will pave the way for flow and unity, focus in the presence of distraction, or concentration instead of dispersion. 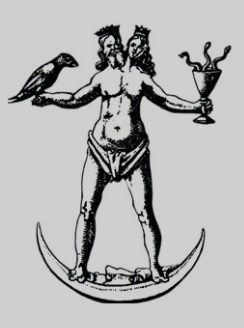 Although the androgyne was never meant as a literal or romantic representation, it is also beneficial to contemplate this alchemical symbol in understanding our search for wholeness in another person. These are the conjoined and married natures that we automatically seek as long as we are souls trapped in human bodies. There are no promises of the perfect mate for you here, but just understanding this basic need might help us be wiser in recognizing the best we can be, and the best person for us. In the meantime too, the androgyne encourages us to cultivate in ourselves what we are looking for in another person. The qualities that we like in others may just be what we lack or have but cannot see in ourselves. Our acceptance of our imperfections may pave the way for completion.

When looking at the alchemical Rebis, we do well to remember that the world we live in is a world of duality and imperfection. Some compassion, sense of humor and wisdom can go a long way in achieving peace and our aspirations in the present moment.

You can also use the black and white taiji-tu or yin-yang symbol instead of the two-headed human symbol if you respond better to simpler shapes and colors while meditating.

It is also helpful to use rhyming phrases to keep your mind from wandering while you meditate. Invent some or use the one below.

I hope you enjoyed reading and learned a lot from the androgyne as a symbol.

If you would like to read more intriguing thoughts about Androgyny, check this out.

Want to learn more about the Androgyne? Click here.

Or Return from the Androgyny page to the Alchemy Symbols page.

Go back to the main Symbolisms page here.