Who were the Celtic druids?

The word druid was derived from drus, which meant oak, and wid, which means "to know." Very little is written about the ancient druids, who made up the priestly ruling class of a Celtic tribe or society. Their teachings have never been written down and only passed on orally. We learn about the druids through the Celtic myths and epics, as well as through the histories written by foreigners.

Caesar studied the druids, whom he noted were in charge of spiritual affairs as well as legal and social matters. They served as judges in cases of disagreements and disputes among the Celts of their tribe. The druids were also in charge of education, and
instructed about natural philosophy, astronomy, rebirth and the ultimate prevailing of the soul over the physical body at death. 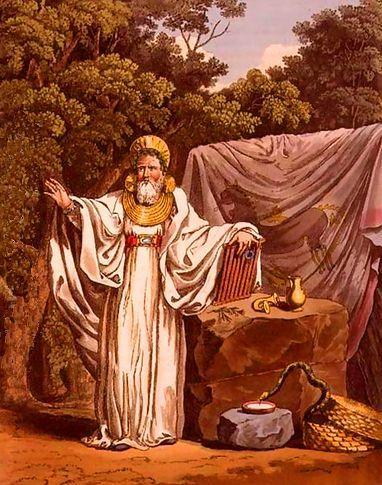 On the other hand, Pliny observed that Celtic druids were gifted in any kind of divination using simple things in nature such as a mistletoe.

The druids of Gaul never wrote down their sacred teachings, although they learned to write in Greek for business and personal correspondence.

The druid has also been described as an expert magician who inhabited forest sanctuaries of Europe during the pre-Christian era.

Through long periods of study, meditation and practice, the Celtic druid gained the following abilities:

The wisdom to read the clouds for omens. A druid went out several times a day to observe the sky, especially to determine the victorious side during a war.

The ability to make druidical fires.

In legends and myths, druids formed fires from ashwood faggots to foresee. Again, the druid found this most useful in seeing who will win or lose in battle. The fire was said to turn northward for the druid whose tribe will suffer disaster, defeat or misfortune.

The power to draw a druidical breath. This breath created a red rain, a rain of blood that bode of defeat or illness.

The ability to rise into the air and command fires to go in five directions at once.

The gift of interpreting the waves of the ocean for mundane or important omens.

Druidesses were also called druids and they shared the same abilities and powers. These female seers and wizards also made poetic cryptic prophecies and magical herbal concoctions.

Druids wore long robes of white or blue, while druidesses wore white or red gowns. Both carried a slat or scepter crafted from ceremonially chosen wood as a symbol of rank and power. The slat was called shillelagh in Ireland and pen-bas or cudgel in Brittany. 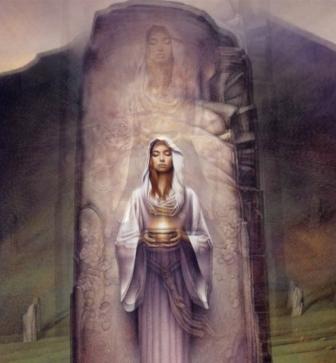 Celtic druids allegedly performed rituals for human sacrifice before battles. Many modern historians, archeologists and Celtologists refute this since Roman and Greek sources tend to insert damaging propaganda against the Celts, with whom they had many territorial wars.

Present-day researchers state that there might be more truth to the Celt's head-hunting tradition. After a war, the Celts who fought took the enemy's heads. This custom was observed around 200 BCE. Severed heads were also prominent in Celtic religious symbolism.

The Celtic spiritual practice was rooted in the eternal cycles of nature and the earth. The Celts celebrated the holy days, which marked the passing of the seasons and the phases of the moon.

The Celts honored the Sovereign Goddess, who was the symbol of the bountiful mother earth. The Sovereign Goddess was the source from which all life flowed. According to the Celts, She had a God Consort, whose life must be sacrificed over and over again so that the earth was nourished and revived by his blood. This cyclical sacrifice ensured the continuation of life on earth.

After death, the Sovereign Goddess became pregnant again and the God Consort was reborn as her son. The cycle began anew. 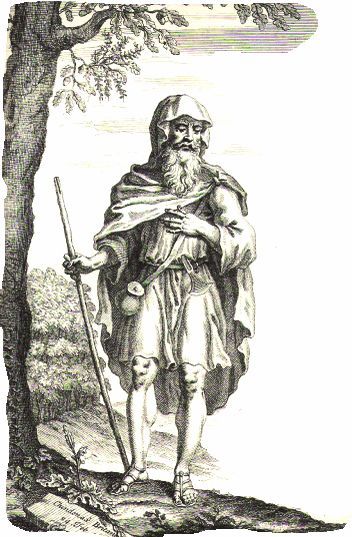 The Celts, one of the earliest pagans, erected many beautiful temples and designated holy places before the Christian era. These holy places were magnificent with their panoramic views. They were visited by foreigners seeking healing. There are very few truly Celtic examples of architecture existing as we speak. Many ancient Christian churches stand today on what used to be Celtic circles and temples all over Europe.

Roman historians were impressed by Celtic architecture, writing that it was very sophisticated. These Celtic temples were a favorite retreat among ancient travelers when Christianity was just emerging.

For the Celts, shamanic powers are gifts from the deities that reside in the stars and the heavens. This is very different from other cultures' understanding that shamanism is directly influenced by the earth gods and their supernatural powers.

I think there are no temples standing that date back from the age of the Celtic wisemen. But you can have an idea of what a Celtic temple may have looked like from the Romano-Celtic structures in Greenwich Park in England.

You can also read more about Celtic Art, the Celts, and Celtic History.

OR return from Celtic Druids to the Symbolisms homepage.