The Year of the Rooster: Swagger, Success and Abundance 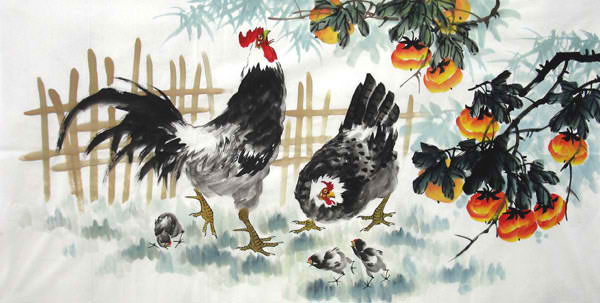 After the tumultuous year of the fire Monkey in 2016, everyone is excited about the year of the Rooster, bringing with it the promise of improved finances and extraordinary success during its reign!


Fueled by the element of fire, the year of the Rooster begins on the 28th of January 2017 and ends on February 15th of 2018. The Fire Rooster places you under a major make-or-break spotlight for the entire 12 months of its rule.

The Rooster, the tenth of the 12 rotating animals of the Chinese zodiac, is the symbolic emblem of the Phoenix on earth. the only feathered member of the zodiac, the Rooster is aggressive in ridding a home, a space, or one’s destiny of all negativity and evil spirits.

What’s more, our cocky friend’s courageousness is comparable to the Tiger’s. And we are not talking about shallow bravado here: regardless of its opponent’s size and fierceness, you won’t see the Rooster backing out of any fight.

The year of the Rooster’s energies are favoring bigness in everything in terms of money, abundance and overall success. The catch is the Rooster wants something for something: discipline, diligence and focus in exchange for the fulfillment of your dreams! It will trivialize your worries and bully you into taking action when you are feeling lazy. Aren’t you loving the Rooster already? :-)

What one has to watch out during this year of boldness and success is the tendency to duck hard work when the going gets tough. The Chinese Year of the Rooster is one of confidence, protection and easy collaboration. But it won’t be light work.

The Rooster, with its promise of glory and abundance, can burn your energy and enthusiasm at both ends. It will also make you shun putting on some elbow grease during critical times.

Another thing to curb in the year of the Rooster is the temptation to do dealings under the table. 2017 is rife with attractive, easy but risky ventures. The vigilant Rooster will not tolerate unscrupulous transactions as it always champions goodness and integrity. As a symbol of the sun, the Rooster battles the evil influences of darkness and evil. Its stance and general attitude signify the five Chinese virtues of civil responsibility, martial duties, bravery, kindness and confidence.

This year’s energy is high and stable, and the Rooster will demand much of everyone. So expect stress and fatigue to be almost always around the corner. That is why whenever the Rooster comes around, it is always advised to also watch one’s health and take time to relax to balance the abundant opportunities and fast pace that pervade the year.

As the zodiac ruler for 2017, the following vibes are what you can expect from the year of the Rooster:

Enhanced luck in business and endeavors

More stable energy during the day, peaking in the Rooster’s assigned time, which is from 5:00 to 7:00 in the evening

Potential for great abundance coming from an inheritance, one’s career, and actually, any and all channels are open to you!

A greater sense of one’s charisma, confidence and optimism

The Rooster According to the Chinese

In Chinese lore and culture, those born in the year of the Rooster are observed to be good-looking, regally poised and have a tendency to dress impeccably. They tend to be very confident, charismatic and sure of what they want and how they are to get it. As a romantic partner, however, they are impatient and will seek adoration elsewhere at the slightest discouragement.

Gifted with accuracy, boldness and efficiency, the Rooster with its impressive crowing enables the dawn and morning sun to arrive and reclaim the sky from the ruling ghosts of the night and darkness. In old China, and even today, the image of a cockerel on the door is used to keep evil spirits from entering the house. Incidentally, the word for Rooster is pronounced like that of “good omen” in Chinese.

As a symbol of reliability, the Chinese of old believed that the great rooster in heaven crows loud enough for the roosters on earth to hear. The earthly roosters then crow simultaneously to perform their duty of banishing the spirits of darkness and evil and announce the coming of dawn.

The red cockerel is believed to guard against fire while the white cock keeps one from encountering ghosts.

The Rooster’s element is metal and influences the year with its yin energy.

The direction to watch out for in 2017 is the west, southwest and northeast.

Since red is the color of the year of the Rooster, no one should wear red stones and clothes. Instead, one will get lucky with gold, yellow, brown, and earthy shades. Unlucky colors are white and green aside from red.

Rooster people tend to have the most success on Friday, and to be strongest on Thursday. Roosters should not schedule important undertakings on Tuesday, its most disadvantageous day.

The Rooster corresponds to the lungs in Chinese symbology.

The Rooster is never killed and eaten in China.

The Chinese Phoenix is depicted as having the head of rooster.

The Rooster’s zodiac allies are the Snake and the Ox. Its hidden friend is the Dragon. 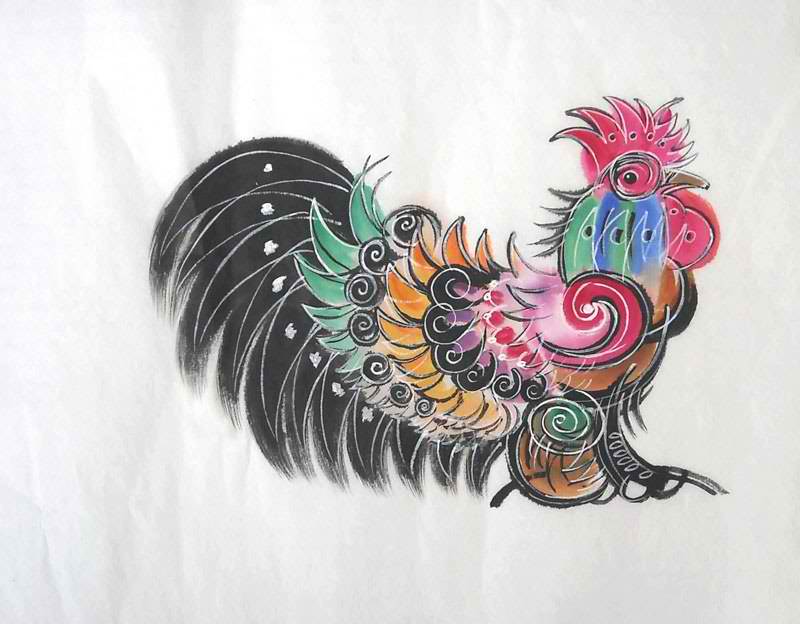 The Rooster and the Dragon

When the Rooster comes together with the dragon, it will transform into a Yang creature to complement the Dragon’s Yin energy. Together, the Dragon and the Rooster are a powerful combination of the greatest yin and yang forces in the universe.

The Dragon and the Rooster make up the perfect combination in finding and forging loyal alliances and friendships in life. They are the erudite and visionaries of the Chinese zodiac. These two powerful animals both have strong personalities and are resolute, exuberant and frank. Along with the Monkey, they are in charge of business and career. When people born in the year of the Rooster and Monkey become partners, they are almost always invincible!

When paired with the Dragon, the Rooster enhances wealth creation within the household and overcomes all subversive energies.

That is why in 2017, we may feel the call to accumulate wealth much more strongly along with the positive attitude that this might be our year to make it big, or simply succeed in our foremost goal!

The Dragon and the Phoenix or Rooster also concoct magical forces to boost our physical energy. Their perfect partnership also lends a romantic aura throughout the year, and that is why feng shui experts claim the year of the Rooster is the best time to seriously fall in love.

The Rooster and Feng Shui

The most to benefit from the year 2017 are those who are born in the year of the Dragon.

The year of the Rooster will help you start projects, revive failing ones, and finish what needs to be done.

The next batch of lucky people are those from the Ox and Snake years. There are contradictions among Chinese geomancy experts on whether Roosters are unlucky this year. Since one is often unlucky during one’s zodiac year, many astrologists claim that Roosters are an exception this year. Roosters can therefore expect a profitable year instead of the usual so-so fortune during the reign of one’s animal sign.

Also to expect a bountiful year are the Rats. The Tigers too will have an auspicious year, but the Rabbits, Dogs and Horses can expect to hurdle some blocks and encounter challenges. The Sheep, Boar and Monkey will have mixed fortunes in the year of the Rooster.

Purple and lavender colors will bestow luck during the Rooster’s reign, so wear them as often as you can in the form of jewelry such as topaz and amethyst.

You can read more about the Rooster’s influence, other Chinese animal zodiacs and their feng shui forces here.

If you are a Rooster or very interested in Chinese symbolism, geomancy or astrology you can find lots of amazing facts and information here!