The Year of the Rat: Ambition, Hard Work and Wealth 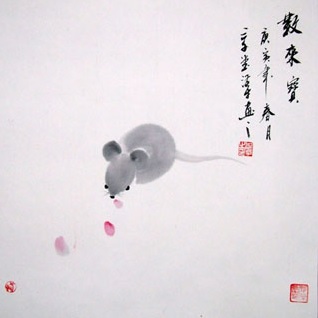 Year of the Rat = Struggle?

The year of the Rat is considered as a time of struggle by many people, but it is also accompanied by the realization of goals and dreams as well as wealth. You might ask why the lowly rat is exalted by beginning the noble procession of the 12 mystical animals in the Chinese zodiac. In many legends, the Rat managed to outwit the rest of the animals in the zodiac in any race or competition.

The Rat is symbolic of the heightened drive for survival in danger and times of scarcity. In China, the Rat or tze is associated with winter, water, the infant, the seed and midnight.

For the Chinese, the Rat is the perfect representation of both Yin and Yang. This nocturnal creature has both odd- and even-numbered toes, which the old folks relied on to determine if an animal carries Yin or Yang energy. The Rat’s forearms or forelegs have four toes, which are Yin, while its hind legs have five toes, which are Yang.

The Rat in the Beginning of the Universe

The Rat is an important figure in the Chinese creation myth. It was the one responsible for freeing up the life-bestowing air from the inert egg-shaped universe by gnawing at it. When the Rat made a hole in the egg universe, plants and creatures began to breathe and thrive on earth. In South China, the ancient people were very grateful to the rat because it introduced rice to mankind.

The year of the Rat and the Rat itself are linked with the accumulation of money and material things. Everyone gets this advantage when the Rat rules, regardless of birth symbol. As a zodiac symbol, the Rat bestows the following virtues:

Those born in the year of the Rat may need to learn from and meet the challenges of certain qualities, such as being: 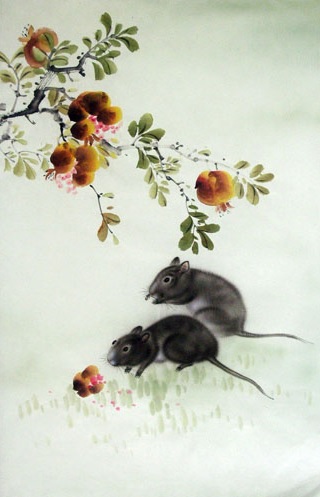 The Rat is Wealthy!

Sagittarius is the equivalent of the Rat in Western Astrology. The Rat learns a lot and finds pleasure in the company of the Dragon, the Monkey and the Ox. It does not feel comfortable with the Sheep, the Horse and the Rabbit. The Rat especially dislikes the Horse, a Yang animal whose dynamic fire energy effortlessly dries up the Rat’s water and nocturnal forces. It is also ill at ease with the Snake’s slyness.

In the Far East, the Rat has always been connected with money. An old Chinese belief goes that rats steal money and that they are best driven out at once, not killed, if they are present in your home. However, the Chinese also have a tradition of honoring rats by not driving them out or disturbing them on the third and seventh days of the 12th month, and on the 19th day of the first month. These are important days for the rats, which are believed to hold weddings during these dates!

The Rat stands for wariness, nighttime action, subtle intellect, creativity, innovation, logic and cleverness. The year of the Rat and the Rat as a symbol are in vibration with the following:

The North, Southeast and Northeastern directions

If you were born in the year of the Rat, the colors yellow and brown suit you. The numbers 5 and 9 are connected to unlucky moments or bad opportunities for you.

According to one legend, the Jade Emperor one day thought of forming a calendar named after the finest animals on earth. He sends his messengers down to earth to announce that the Jade Emperor is looking for an animal that possessed extraordinary usefulness, and that all creatures may present itself at the Heavenly Palace. The Jade Emperor will also consider the fastest and most resourceful animals that can reach the enchanted Heavenly Palace at dawn the next day. 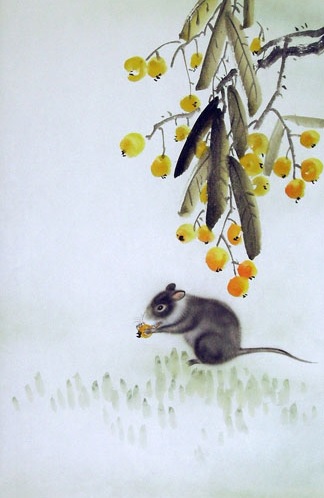 As can be expected, all the animals on earth want to go to the Heavenly Palace. The Rat, which doubts its usefulness, decided that it will be easier to win the race than present its useful qualities.

And so the Rat looked at all its fellow creatures and decided that the sturdy and punctual Ox would be one of the earliest to reach the Heavenly Palace the next day. So the lightweight Rat secretly rides on the Ox’s back, jumps out ahead of the Ox when they reach the palace gates and scampers toward the Jade Emperor. The Rat is pleased that it is the first animal to behold the Jade Emperor in his throne.

The Jade Emperor knows of the Rat’s plans all along and although he cheated the Ox somewhat, he admired its craftiness. The Jade Emperor honored the Rat by giving it the first place in his cosmic calendar, which came to be known as the zodiac.

You can call upon the Rat as a symbol when you need assistance in a situation that needs practical cleverness, imagination and boundless resolve in the presence of a hard task. Picture the Rat in your mind – please do not go looking for one in the sewers:-) It will reveal itself to you if you need it, so stay alert!

When I work, wealth and wit have none,

Cloaked Rat helps me to bring them on.

Go to Chinese Zodiac Symbols from the Year of the Rat.

If you enjoyed the Year of the Rat, you might also love these pages:

*The beautiful Chinese paintings on this page are courtesy of artists Yan Zhan Ping (top painting) and Ya Ting (2nd and 3rd paintings from top) of Ink Dance Chinese Paintings.