The Year of the Rabbit: Compassion and Diplomacy 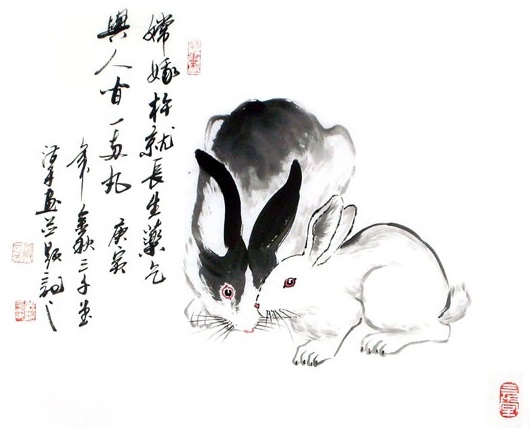 The year of the Rabbit is a favorable year in general as it brings good fortune along with diplomatic solutions to disputes and long-standing battles. The Rabbit, hare or mao in Chinese is one of the most popular animals in the legends and magical stories of ancient China.

As the fourth animal in the Chinese zodiac, the Rabbit symbolizes compassion, gentleness, productivity and reproduction. The Hare is also related to children and symbolizes loving care for earth and mankind. In the year of the Rabbit, good fortune, money-wise, is in store for almost everyone, particularly Rabbit people.

The Rabbit, which vibrates with Pisces in Western Astrology, was once illustrated by scholars as a cat in the olden days. The Rabbit's symbolic positive vibrations are: 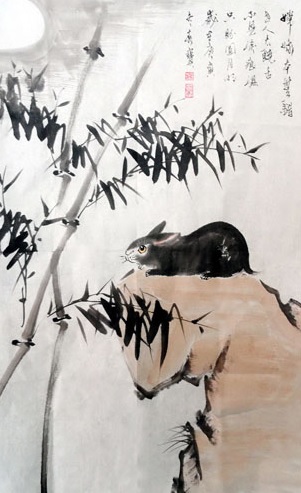 As with all the animals of the zodiac, the Rabbit's positive symbolisms can also go the other way. People born in the year of the Rabbit may become

If you were born in the year of the Rabbit, the Chinese say that you go along best with those born in the years of the Sheep, Dog and Pig. You also work happily and become easy friends with Tiger people.

However, you might not jam so well with those under the rule of the Rat, Rooster and Dragon. The ancients also observed that the vibrations of the colors dark brown, yellow and white do not suit the Rabbit person, who might also experience misfortune linked to the numbers 1, 7 and 8 if they are not careful.

The Chinese lunar festivities used the hare's head on the 15th day of the 8th month. The Rabbit was one of the 12 symbols of the Emperor of China. It symbolizes the Yin aspect of the monarch and is a powerful symbol of longevity. The Hare was also well regarded as a symbol of warning or approaching good fortune if one encounters a rabbit anywhere, even in a dream.

In Asia, a rabbit charm carved from jade is expected to bring good fortune and new ideas and solutions to the bearer. This charm will also increase what you want to increase, be it money, friends, opportunities or happiness. The Rabbit or Hare, a Yin symbol, is also auspiciously associated with the following aspects:

Daffodil, hyacinth, snapdragon and plantain-lily flowers and the nerve plant

The East, Southeast and Southern directions

Manjusri (the Buddha of Wisdom) 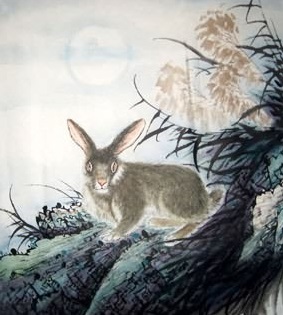 The Rabbit is a lunar animal in many western and Asian cultures. As such it carries the typical lunar forces of rebirth, intuition and rejuvenation. Did you know that in China, the predominant legend tells of the rabbit as living on the moon is more than 2,000 years old? Up to the present, the Chinese people see the silhouette of a rabbit on the moon, pounding herbs with a pestle and mortar. The mixture becomes the elixir of immortality that only the immortal healer Rabbit can concoct. The Rabbit's magical cassia twig, pestle and mortar are also symbols of the illusions of mortality, form and earthly life.

Also called the Jade Hares, Rabbits were thought to be all females. They get pregnant when they find just-sprung plant shoots and lick it, according to ancient Chinese folks. In old tales, the pregnant Rabbit gives birth by pushing her baby up from the belly up to her mouth and spitting it. I wonder if there is less pain if you do it that way?:-)

Another fascinating tale, though a bit more modern, tells of the deity residing in the planet Venus. He transformed himself into a white rabbit to help a Chinese hero in search of his mother.

If you need peace, healing, wisdom and increase in your life, the Rabbit is the perfect symbol to contemplate.

Ancient Rabbit on the Moon,

Fill me, heal me as in days gone by

May you show me wisdom soon,

Reveal the answers where they lie.

If you found the Year of the Rabbit fascinating, you might want to read about the rest of the Chinese Zodiac Symbols below: