Alchemy is an ancient mystical science and philosophy. Scholars cannot agree on the exact origin and emergence of this science-cum-philosophy. Nevertheless, many ancient civilizations have their distinct symbols and framework for alchemical workings. These nations included 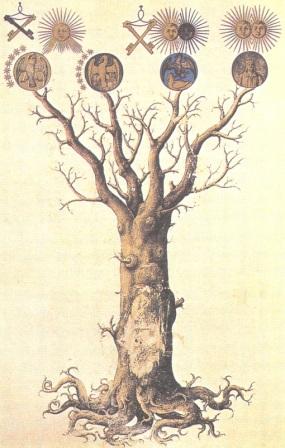 Many alchemical drawings go as far back as 11,000 BCE, specifically in Egypt! Some archeologists claim that the Egyptian markings were made only after 4,000 BCE. Still many assert that the oldest symbols seen in Egypt were borrowed from the older
Babylonian and Sumer-Akkadian civilizations before the fourth millenium BCE. I guess this will remain a mystery for many more years to come.

In China, the ancient Taoists also had their own version of the mystic science 2,500 years ago. They were deeply engrossed in finding and developing the elixir of life.

Who were the Alchemists?

Among the alchemists whose writings and illustrations survived were

Throughout history, there have been stories of alchemists living as hermits in the mountains all over the world. Many still practice spiritual alchemy today in certain regions of Asia, particularly China.

The ancient alchemists cherished exclusivity. They used obscure symbolism for both practical and esoteric purposes. As enlightened philosophers, they possessed wisdom that their non-alchemist peers cannot grasp. In other words, a lot of people back then are not ready for the truth that the illuminated philosophers know and follow. 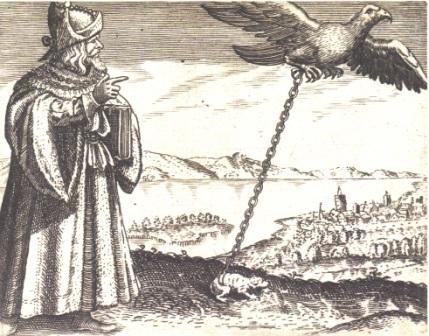 According to the alchemist Avicenna, the spirit is vital to man's existence. It must be grounded, hence chained to an earth-bound animal such as the dog, which is the symbol for the solid or material reality of life. This is in order to keep the spirit or imagination from evaporating its fantasies, intuitions and aspirations into the unreachable, leaving man imbalanced, uninspired, and without illumination. [Illustration from Viridarium chymicum, 1624]

These scientist-philosophers devised secret alphabets and created symbols that would be understood only by those who share their wisdom. The special symbols would also keep the uninitiated from misusing or misunderstanding their alchemical recipes. Alchemical symbolism points to deep spiritual concepts and revelations about man, nature and the universe.

Aren't you getting curious about these symbols yet? Click here to see the powerful symbols of the ancient Alchemists!

OR return from Alchemy to the Symbolisms homepage.